Malachite is a copper-containing stone that is usually medium to dark green with lighter and darker bands in patterns similar to agate. It's a "softer" stone, meaning that it fractures easily and is not the strongest material, despite seeming so solid and strong when you hold it. It can be faceted but is usually polished into cabochons and slabs instead. The bands in the stone can really affect the appearance of an entire piece of jewelry. If you're looking for something like a malachite ring, pay close attention to those band patterns.

The band patterns in malachite can be lined up with setting edges to produce a piece that looks very well-planned and coordinated (because it was). Those patterns can also clash with setting edges and make the piece look a bit off. All of this is subjective, and what one person might think is off could be absolutely lovely to the next person. But as you evaluate the malachite in the ring, do take note of where the bands and green spaces are relative to the setting edges. That's one of those things where after a while the pattern could affect how much you want to wear the ring. Obviously, you want to get something that you'll love wearing for a long time.

Ring Patterns May Visually Affect the Roundness of a Cabochon

When you look at jewelry, you get an initial impression and then the main view, so to speak. You get that first impression when you first glance at the piece, and then your eyes focus on it and you see the real detail. With malachite, some band patterns can give you a first impression that is not correct due to the placement of the bands and the shape of the stone. For example, a round or oval cabochon with a ringlike band pattern may seem rounder or more raised than a cabochon with almost straight bands. A darker ring pattern might look like there should be a dip in the surface right where the darker bands are. If that's the impression you get of the stone before you really start to look at it, be sure you're OK with that. It can be a little disorienting to have this flash impression that turns out to not be real. You'll get used to the ring, obviously, but make sure you're alright with that first impression for a while.

Sometimes the Band Pattern Is the Main Attraction

Some malachite jewelry, including rings, features malachite and another material glued together, such as a ring that is half malachite and half polished wood or metal. The border between the two materials could actually follow a band in the malachite, making the band pattern an integral part of the ring's design. Even if the ring is a more traditional metal band with a malachite cabochon or slab, that band pattern may be the highlight of the design, rather than the green color of the malachite. Before dismissing a malachite jewelry item for being too light or too dark, look at the band pattern and see if that appears to be the focus of the jewelry.

Malachite is not that rare, but high-quality pieces can be a bit on the pricey side. While older deposits are no longer producing malachite, there are a number of newer deposits that provide a relatively healthy supply of the stone. This means that you have a lot of malachite to look through if you want a ring that looks a specific way.

For more information, turn to a company such as Kiera. 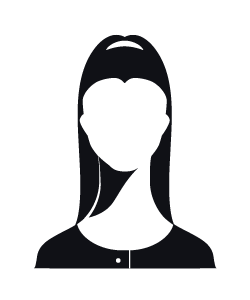 Do you remember the last time you really loved the accessories you were wearing? It isn't always easy to pair outfits with things like jewelry, hats, and jackets, which is why I started a blog all about accessories. I wanted to make an easy place for women to learn about jewelry care, choice, and style, so that you can look better than ever and protect your investments. Read this blog for awesome information that you can use to make yourself look great and feel even better any day of the week. I know that a lot of these tips helped me.

Features To Consider When Choosing A Diamond Necklace
16 September 2022